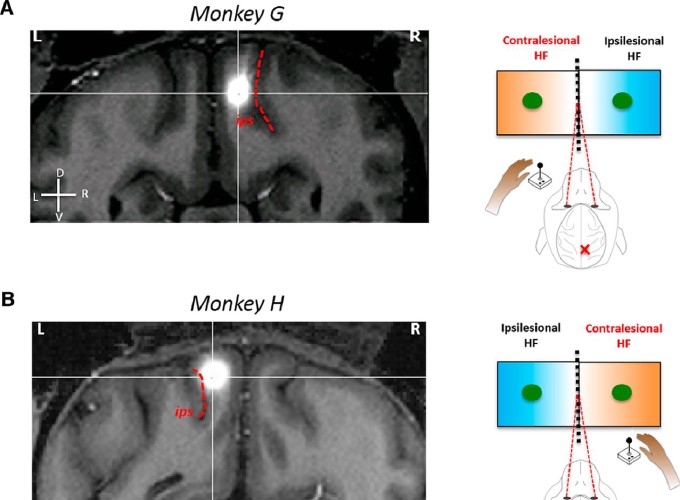 The posterior parietal cortex (PPC) has traditionally been considered important for awareness, spatial perception, and attention. However, recent findings provide evidence that the PPC also encodes information important for making decisions. These findings have initiated a running argument of whether the PPC is critically involved in decision making. To examine this issue, we reversibly inactivated the parietal reach region (PRR), the area of the PPC that is specialized for reaching movements, while two monkeys performed a memory-guided reaching or saccade task. The task included choices between two equally rewarded targets presented simultaneously in opposite visual fields. Free-choice trials were interleaved with instructed trials, in which a single cue presented in the peripheral visual field defined the reach and saccade target unequivocally. We found that PRR inactivation led to a strong reduction of contralesional choices, but only for reaches. On the other hand, saccade choices were not affected by PRR inactivation. Importantly, reaching and saccade movements to single instructed targets remained largely intact. These results cannot be explained as an effector-nonspecific deficit in spatial attention or awareness, since the temporary “lesion” had an impact only on reach choices. Hence, the PPR is a part of a network for reach decisions and not just reach planning.