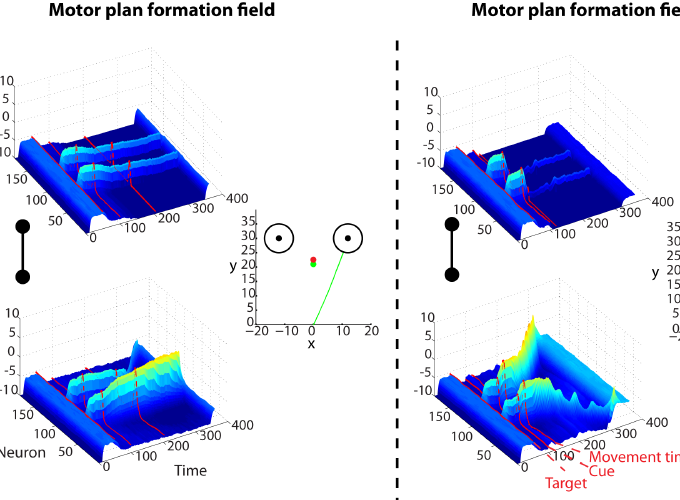 Decision making is a vital component of human and animal behavior that involves selecting between alternative options and generating actions to implement the choices. Although decisions can be as simple as choosing a goal and then pursuing it, humans and animals usually have to make decisions in dynamic environments where the value and the availability of an option change unpredictably with time and previous actions. A predator chasing multiple prey exemplifies how goals can dynamically change and compete during ongoing actions. Classical psychological theories posit that decision making takes place within frontal areas and is a separate process from perception and action. However, recent findings argue for additional mechanisms and suggest the decisions between actions often emerge through a continuous competition within the same brain regions that plan and guide action execution. According to these findings, the sensorimotor system generates concurrent action-plans for competing goals and uses online information to bias the competition until a single goal is pursued. This information is diverse, relating to both the dynamic value of the goal and the cost of acting, creating a challenging problem in integrating information across these diverse variables in real time. We introduce a computational framework for dynamically integrating value information from disparate sources in decision tasks with competing actions. We evaluated the framework in a series of oculomotor and reaching decision tasks and found that it captures many features of choice/motor behavior, as well as its neural underpinnings that previously have eluded a common explanation.